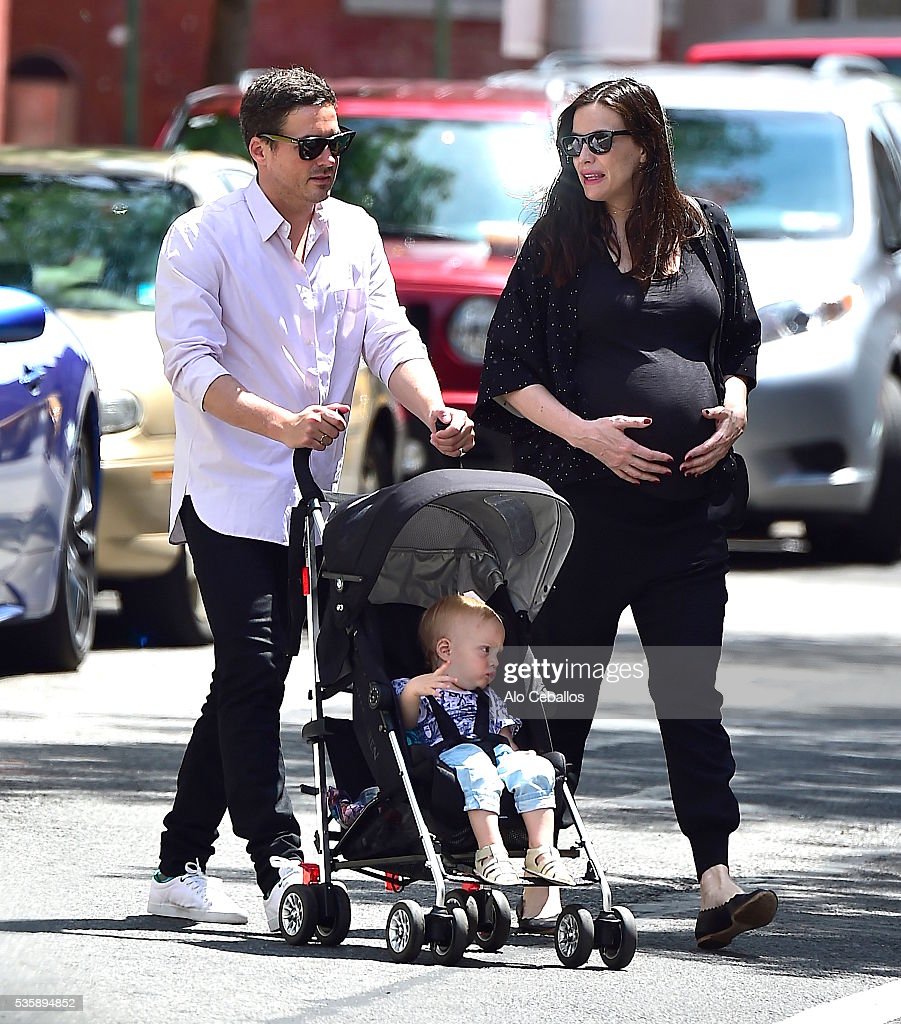 This article was originally published on January 12, 2017. 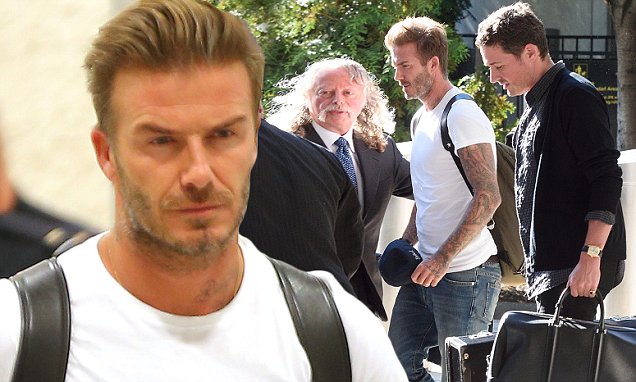 I have updated my disclosures and the Irregulars Quick Take, and added some comments and number updates to update my thoughts on the stock, but many of the quotes are from the earlier version of the ad and not everything has been updated. The company being touted, Shopify, was just under $50 a share when this article first appeared, it is currently in the $110 neighborhood.

The Motley Fool has another sales pitch for their Rule Breakers newsletter service that has led a few readers to send questions our way, so it’s time for us to fire up the ol’ Thinkolator and see what it is that they’re hinting at.

Rule Breakers is the growth-focused “entry level” newsletter from the Motley Fool these days — as they’ve focused more on recruiting members for their hugely expensive Supernova and Motley Fool One and asset management and “get everything” products, most of what used to be their more exclusive newsletters (Hidden Gems, Rule Breakers, etc.) have drifted down in price to that key $49ish level where they can bring in new “never subscribed to anything before” customers (who then become the best candidates for their “upgrade to our better stuff” pitch in the months following their signup).

That’s what all publishers do, but it’s good to keep it in mind — in the Motley Fool’s case, the basic strategy seems to be that they do all the stock recommendations and analysis in the newsletters, and then do all the real portfolio allocation advice and more hands-on “service” in the pricier memberships.

But most of you don’t care about that — what you’re wondering, I gather, is “what’s the stock?” Let’s look into some clues from the ad so we can get you an answer. First, the big picture promise of future riches:

“Two of the smartest (and most successful) investors I’ve ever met say that buying shares of this company today could be like going back in time and snapping up Amazon.com in 1997…

“Just before it shot up over 25,000% and made investors like you and me rich beyond their wildest dreams… turning every $10,000 invested into more than $2.5 million!”

It’s true that David Gardner recommended Amazon way back when it was a fresh new company that only sold books, before the dot-com crash… and that he rode it all the way to today, making it a fantastically incredible investment.

An array of stocks worth keeping an eye on.

It’s also true that they’re a little free with the “next Amazon” comparisons in the marketing department at the Motley Fool… and that, like other growth stock services, they emphasize those few huge winners that any such service always has. Most growth stocks that they tease get the “next Netflix” or “like buying Priceline at $50” or the “looks a lot like Amazon in the early days” treatment as they try to remind you of Gardner’s past successes and, perhaps, gloss over the fact that it is typically a few blowout performers that bring up the average returns for the sometimes 100 or more stocks recommended by the newsletter… so you better buy all the stocks, or somehow pick the ones that will be huge winners instead of the ones that never take off.

One of David Gardner’s more recent heavily promoted “secret” ideas was Match Group (MTCH) last Spring, and that also got the “like buying Amazon in the 1990s” comparison (the stock is doing well since that recommendation, incidentally, up about 50%).

Are you getting our free Daily Update
"reveal" emails?

A leader in a rapidly growing business

And this one also gets the “Netflix” mention from Eric Bleeker, the analyst who actually signs the recruiting letter (the Fool, probably wisely, has gotten away from having their stars, founders Dave and Tom Gardner, sign the heavily promotional teaser letters)…

“I haven’t been this excited about a stock since Netflix – which has delivered returns of 5455% to those who followed David’s December 2004 recommendation!”

But anyway… which specific one is being pitched today?

“… this one is still a relatively tiny company – meaning its biggest gains may well still be yet to come.

“In fact, it’s currently just 1/100th the size of Amazon, yet it is exhibiting the same kind of eye-popping numbers that have turned Amazon into arguably the greatest growth story of our generation.

“For instance, this company has…

“… like Amazon, this company was started by a brilliant and super passionate entrepreneur who set out to sell just a single category of goods online (in this case, snowboards, of all things)….

“… just like with Amazon, the founder of this company still not only leads its day-to-day operations but also owns a significant amount of the company’s stock (9% at last count, to be precise)…

“… insiders own roughly 22% of this company’s shares…”

OK, so that ticks a lot of the boxes that we know David Gardner and the Motley Fool folks are often looking for — passionate founder still in charge, large insider ownership, rapid growth, and, we’re told, it also has high gross margins (unlike Amazon) because it’s really more of a software/service provider that helps people create and support online stores.

This is, sez the Thinkolator without even having to shift out of first gear, the little Canadian company Shopify (SHOP).

Shopify has been touted a couple times by the Motley Fool’s Canadian Stock Advisor publication (which is also still pitching it in ads today, though those ads really started running late last Spring) and, last Summer, by the US flagship Stock Advisor newsletter that’s run by both Gardner brothers.

Shopify is indeed a founder-led software company that sells e-commerce and business management software, both to smaller businesses and to large corporations that have online stores as a side business (like the Bud Shop, where you can pick up your Budweiser flannel shirt or cowboy hat).

And it does seem to have a great market position and brand power among small entrepreneurs — much like Square (SQ) does, where we see the power of branding as those little Square terminals might take over most of the cash registers in a small town (like mine) even though there are dozens of companies that provide a similar product service.

Whst is a trace in cryptocurrency

Shopify is doing well so far, as you may have noticed — the shares are up 150% or so over the last year, and it’s not profitable but it is growing revenue very quickly and maintaining a strong relationship with its customers.

Online storefronts and business services (like inventory management, payment processing, etc.) are sticky businesses — it’s a pain in the arse to change from one provider to another, so as long as SHOP keeps at least on pace as one of the leaders (if not the absolute best or cheapest) they should have good customer retention.

It’s very much a “story” stock, there is huge revenue growth and there is potential to turn that revenue growth into substantial earnings at some point if they stop investing in the growth… but, like Amazon, they are not aiming for maximum profitability, they’re aiming to build the business. 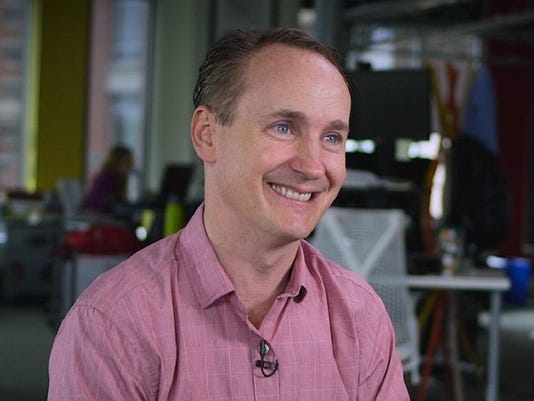 That can lead to very lumpy stock movements as the actual bottom line results vary sharply (and the range of estimates is pretty wide as well), so this is one that you’d have to buy because you have faith in management to drive growth and you think they can hold off the many competitors — analysts are expecting the company to continue losing money this year and to make a small profit of 20 cents a share in 2018, so at 500X 2018 earnings forecasts it’s not a “buy this great PE ratio” stock, it’s a “buy the story” stock with a hope that it will dominate a large sector for years to come.

I have no idea. They do have a good partnership with Amazon to help their customers get into the Amazon marketplace, and their large cash hoard means they have no worries about financing or lack of flexibility (they have almost $1 billion in cash after equity offerings this year and last and the 2015 IPO, and they are close to being break-even on a cash basis right now so they can invest much more aggressively in growth if they have that desire and opportunity).

We Picked These 5 Hot Tech Stocks -- How Are They Doing?

But I will leave you with that and let you research it for yourself — the company is no longer small… but it is arguably small enough (market cap now about $10 billion, roughly $500 million in annual revenue) and growing fast enough (50% annual revenue growth expected for the next couple years, after tripling revenue in the last two years) that there are ways to justify an investment… which does not, of course, mean that you should go in confident that Tobi Lütke is the next Jeff Bezos, or that the company will rise forever without hitting stumbling blocks or challenges along the way (certainly Amazon has had its share of troubles, despite that massive long-term return).

I get a little bit of confidence in the high insider ownership — Lütke as the founder and CEO does own roughly $790 million worth of SHOP shares, as the ad teases… and I suppose you can say that’s a “bet” on his company, since he’s not selling many of them (he does sell about a million dollars worth of shares a week), but he also didn’t buy them… like most smaller tech companies, SHOP never has any insider buying but gives lots of stock options and stock grants to employees and the board.

Those same Motley Fool ads used to say that “This 36-Year-Old CEO Is Betting $560,100,000 on 1 Stock” — he hasn’t increased his bet by $230 million, it’s just that his holdings have increased in value (actually, it’s probably over $790 million now — and he is over much entrenched as the leader of the company, with 60% ownership of the super-voting Class B shares that are owned by company insiders).

I also like the relatively long history and established customer and developer base using Shop’s foundation (Shopify has been around for more than a decade), and I like the scalability of some of Shopify’s services (like the payments processing, which gives them more exposure to the growth of their best customers), but I wouldn’t personally make big bets on the stock at this valuation… odds seem pretty good, given the small size and the varying analyst expectations and high level of attention SHOP has received recently (particularly after announcing their better integration with Amazon earlier this year), that there will probably be large stumbling points when harder to buy the stock, and that’s probably the smartest time to get on board if you otherwise love the story.

For now, I hold my small stake and will watch for opportunities and see how the story develops.

That’s just my take, though — it’s your money, what do you think?

Here are some newly public companies worth paying attention to.

P.S. Have you ever subscribed to Motley Fool Rule Breakers? Click here to let your fellow investors know what you thought. Thanks for sharing your opinions!

Disclosure: I currently own shares of both Shopify and Amazon.com. I will not trade in any stocks mentioned for at least three days following publication of this article.

Which service is right for you?

plus You and I can each earn a free share of stock right now if you open an account!

Irregulars Quick TakePaid members get a quick summary of the stocks teased and our thoughts here. Join as a Stock Gumshoe Irregular today (already a member?