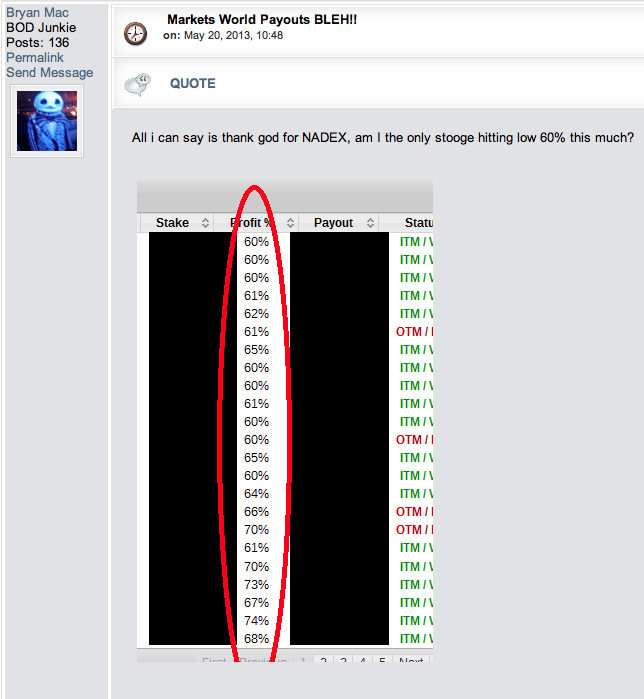 Hello everyone,,
Let me start by saying I am typing on my galaxy note edge, so my grammer will be inaccurate.

This blog pertains to unregulated binary brokers, regulated brokers are not open to u.s. clients and are perfectly safe as well as nadex which is not a broker but a regulated binary exchange located in Chicago which is only open for u.s.

I was introduced to day trading through a Facebook group called The greenroom academy. This was ran by and still is by a group of scammers that go by the name of Jamal Johnson and Jason Demot, even though I hate this guys I am bittersweet that they stole my money as I would of never been introduced to forex if it wasn't for them.

Binary options brokers can be compared to casinos and the trader is the gambler; the house always wins.

Keep in mind also since your betting against the house, if you win, they lose money, this is not an exchange. They will do everything in their power to not pay you, from price manipulation, to simply canceling a withdrawal request with no reason.

I am part of a society of day traders on Facebook, everything I will share with you has happened to me as well as hundreds of traders who have shared with me their stories.

This guy Jamal posted recorded videos in the pinned post for everyone to study, he claims that god showed him a bearish reversal pattern right after he martingaled his account to $0.

This pattern, on the fourth candle is supposed to drop every time regardless the time frame.

He calls it the 5-2-1, because he trades mostly on 5 min, 2 min, & 1 min charts and if it didn't drop, your supposed to martingale until it does. I was extremely naive and I had no Idea what I was doing, I thought this man was a trading god and he could lead me to the promise land. Myself and 2000 other traders ended up blowing their accounts yet he was still making $50000 a month on this strategy. Through my studying, I came to learn that his strategy is the three white soldiers which means when this candle pattern appears, the market is beginning an uptrend, contrary to what he is teaching.

NO WONDER IT NEVER WORKED. Not even the worst part, they were collecting affiliate commissions from Boss Capital (the only trusted unregulated broker, but they do manipulate the price) Goptions (the biggest thiefs in the world, they would literally deactivate your account with tens of thousands of dollars in your account and disconnect you every time you tried to reach customer support, through phone or chat.

I lost count of how many traders were robbed, Goptions claims they lost their funds while trading, but no trades were open on these trader's accounts when their money just magically disappeared) and redwood options (stoped accepting u.s.

customers in December, so if your funds were still in your account, its pretty much lost). Every person who made a deposit under their link, they collected an 80% commission from the broker (multiply by 3000, last I heard, that is how many members they have).

I eventually was kicked from the group along with everyone who voiced dissatisfaction, last I remember, as a paying customer of your product, I can say whatever I please, and since I was kicked I deserve a refund; nope.

On with the binary brokers, they all have affiliate programs, any one can call and have their own link setup.

They all offer bonuses; a bonus for example, if you deposit $1000 into an account, they will give you another thousand dollars but you cannot withdrawal until your funds until you have traded $30000 worth of volume, wins or losses. This is a good idea if your doing it for the long term, but they will try to trick you into accepting and most people don't read the fine print, so you can only imagine how many innocent people fall for this trick.

Another scam artist named Gary Yates was able to get 400 investors to deposit with the broker named Lbinary, they claimed that their professional traders would trade all the accounts and everyone would be rich in a year, a lot of people invested over $10000 individually, Lbinary stopped trading and cut communication, never processing any withdrawal requests.

CTOptions was also involved with Gary Yates, they have a replicating software which let's you connect to the best traders on the site, they claimed that the traders weren't employed by them, turns out everyone was connected to a bot and they all lost their money.

Including me. Not a big deal, I always invest the minimum).

The problem with binary signals, they may claim a 75% win rate, but some traders will enter the room at a certain time and only receive the losing signals, while the ones called prior to the trader joining the trading session were all winners.

No binary options broker can be trusted unless they are regulated by cysec, they have no incentive to pay and they are allowed to get away with it.

Go to spotoption.com every broker that utilizes that software is illegal in the u.s.

I lost $500 trading binary then I switched to forex, but a lot of my friends who live outside the u.s.

that are able to use regulated brokers, make a killing.

Forex is obviously better as you can exit a trade at will, in binary no such thing exists. Stay clear from binary, it is more like gambling rather than trading, I lost so much I have probably developed the best risk management habits due to the emotional stress I was out through. You dont know what it is like to be winning your position for 4:55 and in the last 5 seconds you lose by one micropip.