I plan trips around food and restaurants, even when going to a place like Universal Studios Hollywood in California where rides steal the show. Between roller coasters and character sightings, I wanted to make sure my family had some unique dining experiences.

Here’s how we enjoyed the food at Universal Studios Hollywood!

Disclosure: I received complimentary passes to Universal Studios Hollywood in order to write about our experiences.

All thoughts, opinions and typos are my own.

Where is Universal Studios Hollywood?

Universal Studios Hollywood is in Burbank, Calif. It’s a little more than 400 acres and split up between the Upper Lot and Lower Lot. 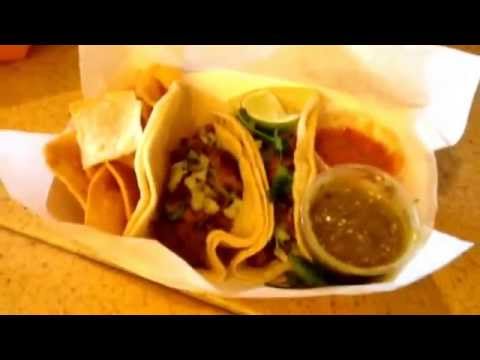 You’ll find most of the eateries are located on the Upper Lot.

I’m including Universal CityWalk™ restaurants in this guide, even though you do not need a park ticket to go to them. CityWalk™ is located just outside the theme park.

I discovered that whatever you are craving, you’ll find it inside and outside Universal Studios Hollywood.

My plan was to visit restaurants that you could only visit at Universal, but as you’ll see below, there are a lot more restaurant chains in the area that you could visit if you’re looking for familiar and predictable.

Let’s start first with the restaurants inside the theme park.

This was one of my favorite ares in Universal Studios Hollywood, as I suspect is the case for most visitors. Even if you aren’t a die-hard Potterhead, you can appreciate the detail of the area.

And if you are a big fan? You’re going to love dining here.

The following are the eateries you’ll find in this fantastic little space.

Raising young Harry Potter fans, you’d think we’d get some butterbeer™ inside The Wizarding World of Harry Potter, but I knew from past experience, my kids would take a sip and then realize they still don’t like butterbeer.

So we didn’t get any butterbeer™.

Tip: Word is, the butterbeer™ ice cream is a must-try.

My son fought hard to get us to have lunch at Three Broomsticks™, too. But, on a warm winter day, shepherd’s pie or fish and chips just didn’t appeal to the rest of us.

We’ll save that for another visit.

Whether you’re a Harry Potter fan or not (but especially if you are), head to Honeydukes to find the best selection of candies and treats.

Of course, there are Bertie Botts Every Flavor Beans and chocolate frogs inside the store. But you’ll also find a dizzying assortment of unique treats, as well as more standard fare like saltwater taffy and suckers.

Everyone in my family is a big “The Simpsons™” fan, so of course, we spent a lot of time in Springfield™ at Universal Studios Hollywood.

Because we only had one day planned for the park, we decided to split food so we could try more things.

Want to dine in the world of the Simpsons characters? Here are all the eateries and bars in the part of the theme park:

Springfield is located in the Upper Lot of Universal Studios Hollywood.

The area at Universal Studios Hollywood dedicated to “Despicable Me” is located in the Upper Lot.

We didn’t spend a lot of time in this part of the park, other than to ride Despicable Me Minion Mayhem.

I think, had it been warmer, we would’ve visited the water area at Super Silly Fun Land, and then, we’d probably would’ve bought a snack.

You won’t find a lot of dining options in the Lower Lot of Universal Studios Hollywood.

The food at Jurassic Café was the most unique (in my opinion) in the park. Dishes were inspired by Costa Rican cuisine.

Where is Universal Studios Hollywood?

Caveat: If you’ve been to Costa Rica, you may be a little disappointed. Gallo Pinto is not one of the items on the menu, even if it says “rice and beans” as a side.

I think you’re really going to enjoy the setting of some of these restaurants. If there’s one thing Universal Studios Hollywood does well, it’s transporting you to another time and place.

French Street Bistro, for instance, is found on this charming stretch that’s, well, reminiscent of France.

Photo opps, by the way, are plentiful (with and without characters).

Here are the eateries you’ll find in the Upper Lot, outside of the other themed areas I mentioned earlier:

Universal CityWalk™ is an entertainment, shopping and dining complex. It is full of eye-catching neon signs, smells, and familiar brands.

It’s pretty hard to walk through it without feeling hungry.

Here are all the restaurants (as of this post going live) that are open on the CityWalk™:

To get to and from our car to Universal Studios Hollywood, we had to walk along the CityWalk.

On the way back, we did not manage to avoid the siren call of good food.

So we stopped at Ben and Jerry’s and bought some ice cream. You know how I am with ice cream.

Part of the fun of going to a theme park like Universal Studios Hollywood is enjoying the treats you can only find there. But, if you’re on a budget, you can’t really enjoy ALL the treats, right?

For a family of four, assuming you aren’t bringing in a lot of your own food (more on that in a second), expect to spend about $75 on food (on the low end).

Below are averages I’d estimate we spent on different items. We ended up splitting items so that we could try more things.

We ate breakfast before entering the park and dinner after we left the park, so most of our food expenditures were for lunch and snacks.

A mixed drink at Isla-Nu Bar. It came with a souvenir tiki glass, at least.

What would be recommended splurges? That depends on what you’re a bigger fan of. We spent a lot of time browsing the food throughout the Simpsons part of the park, though, we also lingered for quite a while at Honeydukes.

Can you bring food into Universal Studios Hollywood?

The short answer is: Yes.

However, there are restrictions. The following are allowed to come into the theme park:

How I saved money on food at Universal Studios Hollywood

I didn’t bring snacks into the park with us on our visit (mainly because I wanted to eat all.the.food there).

Since there was a lot we wanted to try, we decided we’d do a lot of splitting of foods. First place we headed to for a snack?

Springfield™. Like I said, we love the “Simpsons” show.

For a snack, the four of us split a pink donut from Lard Lad Donuts. It was really good and plenty for the four of us. It’s definitely too much for one person.

At about $8, I thought it was absolutely worth it for this sugary treat.

For lunch, we ordered two chicken finger meals at Cletus’ Chicken Shack. This was a great meal to split since each came with six chicken fingers and a large portion of fries.

A few other items we split, just to try included:

Krusty Burger. This was a good burger, and a good portion for one person. I wouldn’t recommend this one for sharing.

My kids wouldn’t touch it. The café is touted as a Costa Rican café, so I was hoping for some gallo pinto as a side. These were definitely not gallo pinto rice and beans. The entree was $15.

The best way to save money at Universal Studios Hollywood is to bring a refillable water bottle with you. Then, use those saved money from beverages to eat all the good food.

What about dietary restrictions and eating at Universal Studios Hollywood?

Turns out, Universal Studios Hollywood is on it.

They have a dietary food guide that’s super helpful.

While I’m no longer a strict vegetarian, I remember the stress of trying to find substantial food. There’s a lot of it at this theme park.

Here’s some of the food options I found at Universal Studios Hollywood for vegetarians (note that menus can change):

There are more posts to come, including the not-to-miss experiences I recommend at the park.